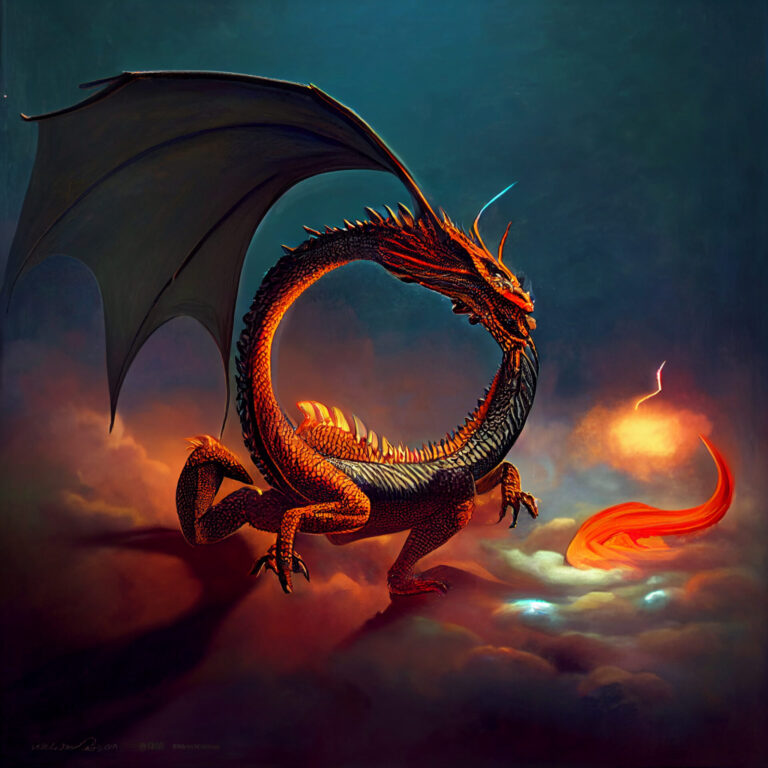 In this issue, we will discuss a new technique for Midjourney's Remix mode.

I recommend this method because it allows you to create new characters and get closer to the composition you want.

It's easy to do, so have a look if you like!

If you are a good artist, the first thing you should do is to draft your picture.

In fact, in Midjourney's Remix mode, you can get closer to your ideal picture by "drafting" first.

Let's give it a try.

The picture I want to draw this time is a dragon curled up with its tail in its mouth.

If you translate "dragon curled up with its own tail in its mouth" directly into English and generate an image, you get

The character and composition will be far from ideal.

This is why we do "drafting.

First, we create a simple object that is similar to the silhouette of the character.

In the case of Ouroboros, it would be a circle. In other words, a "ring.

This is the "draft".

Use Remix mode for this.

Type /prefer remix in the message field and press enter to switch to Remix mode.

Then press Make Variations and press

Delete all "a ring".

Replace with "a dragon".

I think it will look like that after a few regenerations.

I like the second one from the left in the above figure.

I think it will look like that after a few regenerations.

I like the second one from the left in the above figure.

After about the sixth regenerating, this is what I got.

In case you are wondering, the picture looks like a rounded body and biting its tail.

The prompt is just a very simple "a dragon," but drafting the picture makes this kind of posing possible.

I have a feeling that if I had more time, I could create a more ideal picture, so you might want to take your time and try it out.

You can also use other poses besides "ring".

For example, let's use a dice as a bite.

Do a Make Variations on this, erasing "a dice" and replacing it with "a dragon".

A dice-shaped dragon face is created.

In this way, it is easy to create a product that is close to your image by drafting.

change the color of

Let's change the color of the dragon we saw earlier.

We were able to make it green.

This is the dragon from earlier.

Let's place this dragon above the clouds in the ocean.

Enter "in the sea" at the beginning.

Then a dragon appeared in the sea.

It's easy to change the location.

This is an introduction to drafting and efficiently approaching the ideal picture, and the possibility of changing colors and locations afterward.