Midjourney, "The Three Kingdoms": Discussion and Experimentation in Search of "God's One". 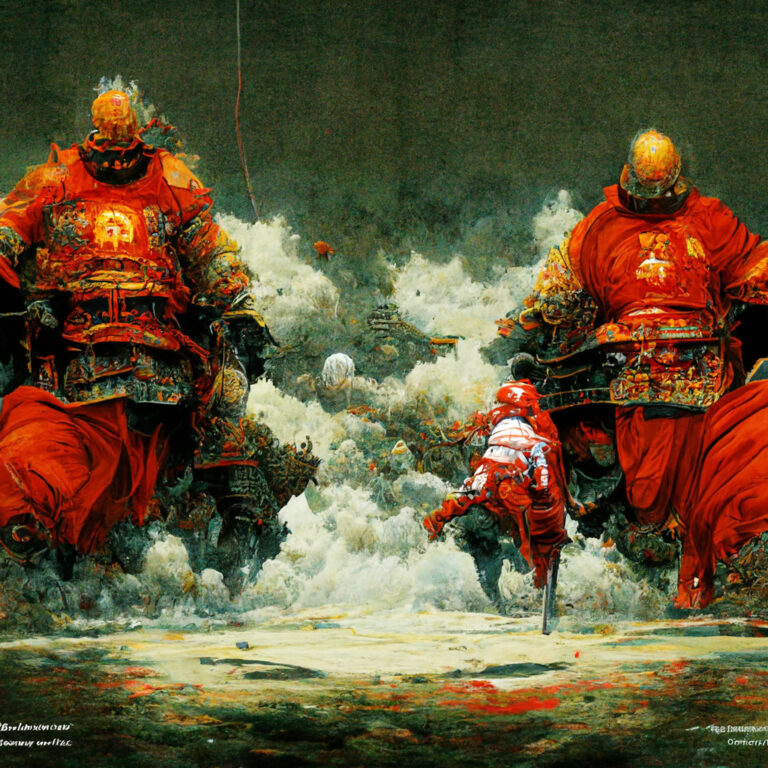 I will do my best to use Midjourney today.

There is a general named "Lu Bu" in the Romance of the Three Kingdoms.

It is known that he was evenly matched against Shu's strongest generals, Guan Yu, Zhang Fei, and even Liu Bei at the same time. This is the so-called "Battle of the Three Kingdoms.

In the KOEI Three Kingdoms simulation game, Zhang Fei and Guan Yu have a military strength of 98-99, and Liu Bei is also quite strong.

Lu Bu is truly the strongest.

I think that's how it is described in the "Yanyi of the Three Kingdoms". However, if you read it carefully, you will find that it is not written in such a nuanced way.

In fact, it can be read from the Three Kingdoms Yanyi that Zhang Fei is stronger than Lu Bu.

It is also depicted that Lu Bu is quite scared of Zhang Fei and tries not to meet him.

In the Three Kingdoms Yanyi, Zhang Fei is the strongest general...but when ranked, Zhang Fei is in third place. However, in the ranking, Zhang Fei is ranked third, and Ma Chao and Lu Bu are in the same or lower ranks.

The first and second place will be announced in due course.

depicts the battle between Lu Bu and Zhang Fei.

Therefore, I would like to depict the battle between Zhang Fei and Lu Bu in Midjourney.

Using the DeepL translation tool, I translated "The battle between Lu Bu and Zhang Fei in the Romance of the Three Kingdoms.

I would like to add various things to this text to create a great picture.

Here is the one I made from DeepL without adding anything. It's okay, but I would like to see a detailed description that properly identifies them as Lu Bu and Zhang Fei.

Enter Chagall, the painter of love.

I saw the original title with the Chagall element. Chagall is one of Janiculum's favorite painters. Lighting is sunlight. And wide angle lens is used.

It is something powerful, but I don't think it is a masterpiece.

I put in Studio Ghibli elements, which Janikurage also loves.

Since I like it quite a bit, I also gave it a greater Ghibli weighting.

Hmmm, not so good. It doesn't seem to have that much of a Ghibli feel to it. The pictures lack impact.

I tried to portray the Three Kingdoms in the style of Ghibli by eliminating the elements of Lu Bu and Zhang Fei.

The result is a subtle mixture of Japanese and Western rather than Chinese.

Now I decided to focus on Zhang Fei and asked him to draw the facial details. I wanted the full body to be drawn as well, but the FULL BODY word was ignored.

When we drew Zhang Fei in portrait size, he turned into a Totoro figurine.

Personally, I liked the last one best. It is very powerful, as if the giants are confronting each other.

Although we will bring down Dr. Takashi Murakami...

The person in question has left.

No masterpieces were produced. It is a pity.

I couldn't give it much of the Three Kingdoms feel.

Perhaps it would be better to make the text longer and more specific.

I feel that lighting and lens instructions are also important.

I would like to report on these issues as I experiment with them.

I will do my best next time, taking advantage of the lessons learned this time.